Why did Jesus weep?

Two passages in the Gospels and one in the Epistles (Hebrews 5:7) teach that Jesus wept. In the Gospels, our Lord wept as He looked on man’s misery, and both instances demonstrate our Lord’s (loving) human nature, His compassion for people, and the life He offers to those who believe. When Jesus wept, He showed all these things.
John 11:1–45 concerns the death and resurrection of Lazarus, the brother of Mary and Martha, and a friend of our Lord. Jesus wept (John 11:35) when He gathered with the sisters and others mourning Lazarus’s death. Jesus did not weep over the death itself since He knew Lazarus would soon be raised and ultimately spend eternity with Him in heaven. Yet He could not help but weep when confronted with the wailing and sobbing of Mary, Martha, and the other mourners (John 11:33). The original language indicates that our Lord wept “silent tears” or tears of compassion for His friends (Romans 12:15).
If Jesus had been present when Lazarus was dying, His compassion would have caused Him to heal His friend (John 11:14–15). But preventing a death might be considered by some to be a chance circumstance or just a “minor” miracle, and this was not a time for any doubt. So Lazarus spent four days in death’s grave before Jesus publicly called him back to life. The Father wanted these witnesses to know that Jesus was the Son of God, that Jesus was sent by God, and that Jesus and the Father had the same will in everything (John 11:4, 40–42). Only the one true God could have performed such an awesome and breathtaking miracle, and through this miracle, the Father and the Son were glorified, and many believed (John 11:4, 45). 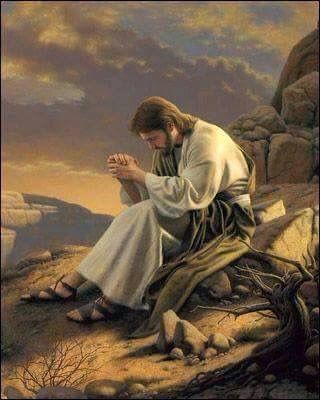 In Luke 19:41–44 the Lord is taking His last trip to Jerusalem shortly before He was crucified at the insistence of His own people, the people He came to save. Earlier, the Lord had said, “O Jerusalem, Jerusalem, the city that kills the prophets and stones those sent to her! How often I wanted to gather your children together, just as a hen gathers her brood under her wings, and you would not have it” (Luke 13:34). As our Lord approached Jerusalem and thought of all those lost souls, “He saw the city and wept over it” (Luke 19:41). Here, wept is the same word used to describe the weeping of Mary and the others in John 11:33, so we know that Jesus cried aloud in anguish over the future of the city. That future was less than 40 years distant; in AD 70 more than 1,000,000 residents of Jerusalem died in one of the most gruesome sieges in recorded history.
Our Lord wept differently in these two instances because the eternal outcomes were entirely different. Martha, Mary, and Lazarus had eternal life because they believed in the Lord Jesus Christ, but most in Jerusalem did not believe and therefore did not have life. The same is true today: “Jesus said to her, ‘I am the resurrection and the life; he who believes in Me will live even if he dies’” (John 11:25).

Battle for the Senate: These 12 races will determine party control in January

With the Senate majority up for grabs in the Nov. 3 election, there are 12 crucial…