How close are we to the End Of Days?

The Bible talks of a day yet to come commonly called “The Tribulation Period.” The Bible has several names for this seven-year period that plays havoc with the earth, including, “The time of Jacob’s trouble,” “the Day of the Lord,” among others. It is also known as Daniel’s 70th week. Many Christians today believe that the Saints will be raptured out before this period. Others feel we will live through half of it. (mid-trib) I am one that feels we may live through the whole tribulation period. I always say I hope I am wrong!

The main character on earth during this prophesied time is the Antichrist. There may still be nations and heads of state, but the Antichrist will run the show. National laws and sovereignty may be virtually eliminated.  We already see a big push for this by the globalists and Left here in America. Regardless, the Antichrist will have the power to instill regulations on a global scale. Although nations may exist almost like the states today, national sovereignty will become a thing of the past. There will be a one-world global government system.

The world will not only accept the rule of the Antichrist but will outright worship the man. Revelation 13:8, “And all that dwell upon the earth shall worship him, whose names are not written in the book of life of the Lamb slain from the foundation of the world.”

A free, independent, Christian United States cannot exist during the time of Antichrist, during the seven-year tribulation period. As the verse says, massive widespread worship of the man will prevail. This praise will include the United States. When America follows the Antichrist, we can no longer call ourselves a Christian nation.

Many people, including myself, were upset when President Obama said “we are no longer a Christian nation”. To me, this was just the icing on the cake. It was his declaration, and the many previous years of moving away from Biblical morality, that set us into even more darkness and demonic oppression. Just look at the moral decline since that time. Look at the state of our nation now. We are literally resembling a zombie apocalypse in many cities right now. The origins of these occurrences are spiritual in nature. This is a battle between light and darkness. 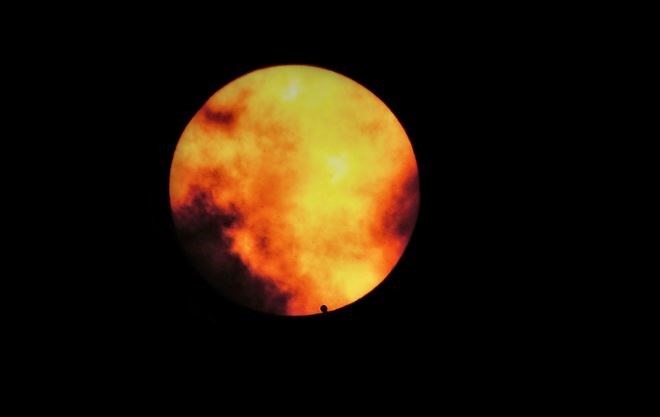 A long time ago, The United States was the champion of Christianity, the shining light upon the hill. Now, instead of the beacon of a lighthouse, we are, at best, the night light inside a closed closet. How can we change this? How can we get back to being right before a Holy God? There is one word that answers this question—Repentance.

The spirit of antichrist is the rejection of the deity of Christ. 1 John 4:3, “And every spirit that confesseth not that Jesus Christ has come in the flesh is not of God: and this is that spirit of antichrist, whereof ye have heard that it should come; and even now already is it in the world.”

In our nation, academia has rejected the deity of Christ for decades. The Bible would be allowed in schools if the system thought God’s Word was without error. If you believe something to be without error, then it must be the truth, and if true, would it not be encouraged? As early as preschool, our education system teaches the Bible contains lies. “Billions of years ago” is the beginning of any dinosaur book. The Bible tells us creation took six days and was less than 10,000 years ago. By rejecting Jesus’ word, we have rejected the truth of Him speaking the universe into existence (Genesis 1, John 1:1-3, 14; Hebrews 1:1-2).

Previous to the 20th century, the Supreme Court would often cite the Bible and the Constitution as the reason for their decisions. Today, our judicial system has no room for the Bible. The removal of plaques and pictures of the Ten Commandments in courtrooms is proof of this. There has also been more than a century of the absence of the Scripture in court rulings.

Many actions of lawmakers refute the deity of Christ. Cheers broke out in some state legislatures when laws to kill unborn children passed. We have seen the passage of local ordinances rejecting the phrase, “In Jesus name” in public prayer.

In the world of religion, denominations have seminaries that teach against the deity of Christ, and churches have Pastors that do not believe Jesus is God.

The education system, the judicial system, the political world, and churches have denied or behaved in ways that are the spirit of Antichrist.

As the tic, tic, tic, of the clock advances toward the Tribulation period; we have watched the last bastion of Christianity, the United States, evolve; more buried into the spirit of antichrist. We cannot go back to business as usual. We must look at how we as a Body of Christ can return to teaching and preaching the full word of God. We must repent of our unrighteousness and turn from our wickedness as a nation and church. We must understand what it means to be the head and not the tail. We must lead with wisdom and discernment and be operating in the anointing given by the Holy Spirit. This means being consecrated and living in a way that we are set apart. This is the hour for God’s remnant church to rise up. No longer are we in the days of celebrities and massive buildings.

This is a new season. The church cannot go back to what we think to be normalcy.

A lot of people are wondering what is going on as they see the world on fire around us. They look to scientists and politicians for answers. Basic knowledge of Biblical prophecy gives a clue — 2020 is a time of change. This year God has pressed the accelerator down the road to “Day of the Lord” and “the time of Jacob’s trouble.”

Things will not go back to the way they were, but there is tremendous hope. The true hope is found in Jesus Christ. He will empower those who seek His face. He will give us favor. We will see a tremendous harvest.

The spirit of antichrist is here. It is growing at an alarming rate, and “the son of perdition” is waiting to step forth from the shadows; as soon as God allows (2 Thessalonians 6-8). It may not happen for a while still, but the stage is being set. Is your house in order? Are you ready to take a stand for righteousness and truth? If not now, then when?

If we are not already at the beginning of the tribulation period, I believe we are getting close. As we start to experience the “birth pangs”, we must have an active prayer life and be in communion with the Holy Spirit. This will give us the peace that we need to get through each day and still thrive in the midst of it all.

END_OF_DOCUMENT_TOKEN_TO_BE_REPLACED

How can anyone who cares about our country still vote for Joe?

END_OF_DOCUMENT_TOKEN_TO_BE_REPLACED

Riding The Dragon: All the evidence you will ever need to clearly define just how corrupt the Biden’s are